Like many graduate students, I realized early on that landing a tenure-track job was far from guaranteed. To ensure that I didn’t find myself at the end of a long degree without employment, I sought out professional opportunities: I helped organize Princeton’s first annual grad student meet-up for doctoral students looking into careers outside of academia and spent a year exploring a range of careers through the MLA-Connected Academics New York Proseminar. After all of this, I thought that I had overcome the supposed taboo of leaving the academy. It turns out, however, that there is a particularly pervasive aspect of this mindset that I didn’t encounter until I had one foot out the door.

After two brutal years on the academic job market, I received multiple offers for postdoctoral positions and a campus visit for a tenure-track job. It should have been a dream come true, but instead I was scared to tell my adviser.

One postdoc was in sunny Florida, in a fantastic French department with exciting initiatives in place; the other was in my hometown, not-so-sunny Buffalo, a CLIR fellowship that would have allowed me to shape the landscape of digital humanities research in a respected academic library. The salaries were good, both were two-year positions, and there was ample support and enthusiasm for my research at both institutions. On top of that, I had a campus visit scheduled for a tenure-track position in Alabama.

But I had also been offered a job in Paris as an academic coordinator at the SAE Institute, the world’s leading educator in creative media industries. It wasn’t a faculty position. I wouldn’t be teaching. The position had nothing to do with my academic research. It had much more to do with my work in the Princeton Writing Center and other “extracurriculars” I had pursued as a graduate student concurrently with my research.

While not directly related to my graduate training, this job had some perks I just couldn’t refuse. For one, it would allow me to move to Paris and actually live with my husband. This seemed like a rare luxury after three years of long distance. An even more enticing aspect was that it was a permanent contract. If I passed my trial period, I would not need to pick up my belongings and move to a new, as-yet-unknown college town at the end of a set period.

Even after all the work I’d done preparing for other types of careers and supporting my fellow grad students in thinking about their own career paths, I still worried about the reaction I might face from my committee. Would my decision be met with disappointment? Hostility? Suggestions that I should choose to continue a long-distance marriage for another chance at the tenure-track?

I spoke first with my external examiner, who initially admitted that she felt obligated to suggest I take one of the postdocs. However, even though she wanted to see me in academia, she recommended not choosing a temporary position so far from my husband over a permanent job near him. Next, I wrote to my second reader, who responded unequivocally that it seemed that the job — and not the postdocs — would be the best choice for me. It was a relief to hear this advice from two scholars whose work I admired and whose opinions I trusted.

Finally, it was time to tell my adviser. When I told him that I had received these offers, accepted the Paris job, and called off the campus visit, he also had no problem with this unexpected turn of events, emphatically stating that Paris was clearly the right choice for me.

Even responding to the postdoc offers was a pleasant surprise. In both cases, those who had made me the offers not only understood my decision, but supported it. The Buffalo contact insisted that I should do what is best for my family, while a senior scholar in Florida implied that choosing Paris over Florida was a no-brainer. (Ironic, since my French husband would most definitely prefer Florida!) In the end, it turned out that all my anxiety was unwarranted.

We spend a lot of time talking about the stigma that accompanies leaving the academy. While I know that my experiences with this job search are anecdotal, I put them forth to challenge this perception. Perhaps this stigma is more perceived than real, a natural result of our reluctance to speak about careers off the tenure track. I didn’t know what my committee would say, because I had never spoken to them about options outside of academia. That mutual reticence bred uncertainty and anxiety.

My experience, happily, demonstrates that silence does not always indicate stigma or lack of support. However, I suspect that many graduate students interpret the relative silence around career paths outside of academia as disapproval or disappointment, as I did. I can only imagine how different my experience might have been had I spoken openly with my adviser about my desire to be in France near my husband, or if he had asked me earlier if I had any preferences or geographic constraints. At the very least, it would have saved me a lot of stress!

In my opinion, breaking this silence starts with the adviser-student relationship. Graduate students develop both a personal and professional relationship with their advisers and other mentors both within and beyond their departments. This is often touted as a distinctive feature of doctoral education. In five years or more, the personal bonds we develop with our mentors often transcend the hierarchical imperatives of the university. Our mentors do not just write us letters, but also want us to succeed. They should also realize that what constitutes success might look very different from one graduate student to another.

Advisers should encourage their students to think about their lives holistically throughout their time as graduate students, and not just once the student is juggling job offers. Students also must speak honestly with their advisers about the personal and professional constraints that are impacting their decisions. Replacing silence with conversation about careers outside of academia and students’ very real personal and professional needs will not only lessen students’ anxiety, it will perhaps also invite a greater culture change within doctoral education. 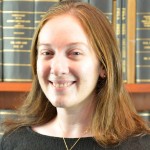 Natalie Berkman is academic coordinator at the SAE Institute in Paris. She earned her PhD in the Department of French and Italian at Princeton University, where her dissertation focused on the mathematical methods of the Oulipo. Her dissertation examined the influence of various branches of mathematical thought—set theory, algebra, combinatorics, algorithms, and geometry—on the philosophy and production of the Oulipo and the reception of Oulipian texts. Given her scientific background, Natalie is also highly involved in the digital humanities: she programmed Oulipian texts as one of the inaugural projects of the Princeton Center for Digital Humanities and coordinated the transcription team for the Oulipo archival transcription project as an associated member of the ANR DifdePo.

0 replies on “The Stigma of Silence”