The notion of serendipity is something that comes up a lot when you ask people how they got to where they are today. It’s not unusual to hear them say the following:

It can be really frustrating to hear people describe key turning points in their careers as serendipitous and therefore not replicable. It often causes the listener to think, That’s great that it happened for them, but I can’t rely on it happening for me! What if the right job doesn’t come open at the right time? What if I don’t know someone who knows the hiring manager? I could end up eating Cheerios in my childhood bedroom at the age of thirty-two, staring at my PhD diploma and wishing I’d gone to law school!

It’s true that serendipity—otherwise known as luck—plays a role in job hunting. There are certain things over which job seekers have no control, such as what jobs come open at what time and who is reviewing applications. But that doesn’t mean that the serendipitous circumstances described in the (admittedly fictitious but ripped-from-real-life) quotations above happened completely by chance. Let’s look at the things our job seekers did have under their control:

Job seeker #1 had worked a part-time job and must have been pretty good at it or her coworker would not have given her a recommendation. She was actively looking for jobs, and once she found one she was excited about, she used her network; that is, she asked her coworker to contact the hiring director and put in a good word for her. From there, she presumably nailed the interview.

Job seeker #2 did informational interviews to gather information about possible careers and grow her professional network. To hit it off with her future boss, she must have been personable, inquisitive, and well-spoken in the informational interview. She probably also followed up and maybe even stayed in touch so that six months later, when a job was open, her contact thought of her.

Job seeker #3 was helped out by his wife’s doing a spot of networking for him. Once the opportunity came up, he did something very important: he said yes. He could have said no and focused 100% on finishing his dissertation, in which case he almost certainly would have missed out on that full-time job. But he was willing to give the job a shot, and his willingness led to a whole new career.

Certainly all three job seekers had things outside their control that worked in their favor. But I don’t think that’s why they were “lucky” job hunters. I think they were lucky job hunters because they did good work, positioned themselves to meet the right people, and, most important, said yes when an opportunity presented itself—even when the opportunity was not necessarily the one they were looking for.

In a now famous 2003 study on luck, the psychologist Richard Wiseman gave some self-identified lucky and unlucky people a newspaper and asked them to count the number of photographs in it. The lucky people came up with the answer much more quickly than the unlucky ones. This was not because they were faster at counting but because they noticed on the second page a message written in two-inch-high type: “Stop counting. There are 43 photographs in this newspaper.” The unlucky people never saw it. They were too busy counting photographs.

Both Wiseman’s research and the experiences of our three job seekers indicate that luck isn’t as random as it appears. Luck in job hunting, as in anything else, is about keeping your head up and being open to new opportunities that might appear in your peripheral vision. It’s about being willing to take advantage of chance encounters and not being too concerned with sticking to the path you’ve set for yourself. It’s about not being so concerned with arriving at the “right” answer that you miss what’s in front of you.

Embracing a job-search strategy based on what Richard Wiseman would call luck, what John Krumboltz would call planned happenstance, and what Katharine Brooks would call chaos theory can be anxiety-inducing at first. But once you do it, you’ll realize something quite empowering: there isn’t just one good outcome to your job search. There are many. 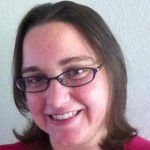 Stacy Hartman earned her PhD in German Studies from Stanford University in 2015. While at Stanford, she ran speaker series related to alternative careers for humanities PhDs, the public humanities, and humanities education. She also wore a number of hats that let her try out different types of connected careers within the university, such as academic adviser, academic skills coach, teaching consultant, and instructional designer. She holds an MA in German from the University of Manchester and a BA in Literature and Feminist Studies from the University of California, Santa Cruz. She is thrilled to be serving now as the Project Coordinator for Connected Academics, and she welcomes all questions and inquiries about the program at shartman@mla.org.