We know this: academia and industry are different things. But isn’t networking always the same?

When I began reaching out to friends and colleagues, whether with general questions about networking or targeted inquiries about particular jobs, two things became obvious almost immediately. Industry professionals knew more, and their knowledge was functional. But before I get into what they knew and how they were using it, a word about academia.

It’s important to emphasize that this isn’t a crack at academics, or academia. We have a narrowing impulse; more than that, we are the narrowing impulse. Density of knowledge about our field more or less functions as our field, and this has some remarkable implications for the way we make connections, build communities, and develop professionally.

It’s easy to think of my knowledge of academics in New York and Washington, DC, as almost part of my research and as working the way my research works: a knowledge of the outside that I accumulate mostly to get more things done on the inside. The rich community of early modernists at Columbia is organized precisely this way: we hold a monthly colloquium to read each other’s work with the goal of improving particular projects (my dissertation chapter, Rachel’s article, etc.). We’re using each other, as a group, to solidify and clarify elements that are already part of the group: thinking still more cohesively and deeply about, say, early modern print culture. What we’re not doing, though, is reaching out and forging more connections.

Here’s a rueful digression: quite recently, another group of early modernists reached out to our colloquium to suggest occasional meetings between our programs. We’d create a collaborative intercollegiate writing group, a (small) network of scholars working on the same period but at different schools. It sounded wonderful—these folks, too, would be incredible to work with!

We declined almost immediately. The members of our colloquium felt that we already had a community more than sufficient for refining each other’s work and that, if anything, we needed to be more diligent about responding to each other on ever smaller levels (paired responses, maybe; dissertation buddies!). The idea that we instead branch out and maintain connections with still more people in our field sounded great to everyone but ultimately was seen as too much of a distraction from the real work we were doing—narrowing down, zeroing in—both in the content of our research and in the communities with which that research was shared. And in academia, I think this might be good and right, at least in some important sense.

Talking to industry professionals has been a bit of a shock. They haven’t been interested in zeroing in—not at all. These professionals know more about their field as a field of connected people than all but the most socially aware academics I’ve spoken to, and it’s been practical, actionable social knowledge. Whereas I can name twenty people working on research similar to mine, or twenty recent books that matter to my work, the knowledge of those people or books is referential; the industry folks I’ve been talking to have a different kind of social knowledge: functional.

When I asked a friend in higher education research about consulting in Washington, DC, her knowledge didn’t even begin as referential. It was immediately and inherently functional: she was in contact with people as resources in ongoing, multiyear “soft” projects; she attended happy hours with people from one firm once a month; she could personally introduce me to at least one person from firm X the next time I was in town—they played on the same softball team. She didn’t even list people—she listed modes of access to them. The least functional of her responses was that she could send me a link to a couple of research papers published by a firm I was interested in. So, obviously, I’m a huge fan of my friend, and I’m impressed by her connectedness, but I don’t think this is unique to her. This just seems like a different way of seeing a network. For her, connections are strings to be thrummed, not just traced, and that means more.

Industry professionals also seem to expect this kind of thing. I was hesitant, at first, to start e-mailing people out of the blue—blame it on the culture of academia, or even on my midwestern upbringing, but to me there’s nothing worse than being intrusive. And yet not only does no one care, not only do people actually seem to appreciate the attention and implicit reinforcement of their position, this kind of contact is the status quo. Not to do it is the weird thing.

When I got in touch with a research director at a Washington, DC, higher education consulting firm, her immediate response was to attach two PDFs she’d already written up to prepare doctoral candidates for their interviews with her. Apparently, interviews like this happen all the time—almost constantly. This form of contact was so commonplace and expected for her that she treated it as part of her job and made documents to suit it. Not surprisingly, the documents themselves were immensely helpful and made our subsequent communication more focused.

As I said above, I think that these differences spring naturally from the work we—academics—tend to do and from the kinds of communities we create. Yet the more I speak with professionals on the outside, the more it seems as though we ought to be creating two sorts of communities, maybe out of the same sets of people. Could we, as academics, foster functional networks filled with expectations of outreach even as we continue zeroing in, developing each other and our work? 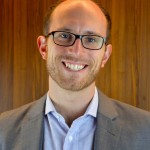 Benjamin VanWagoner is a fifth-year PhD candidate at Columbia University, where he is working on a dissertation titled “‘Doubtful Gains’: Articulating Maritime Risk in English Drama, 1601–1642.” Early on, Benjamin resolved that his doctoral research would contribute to economics (in which he holds a BA) by explaining some of the cultural calculus behind investment; he would dig around the roots of early modern risk in terms of maritime phenomena such as shipwrecks, piracy, insurance, and conversion. His other work has ranged widely, but it often returns to economics. He has delivered papers treating artisanship in Thomas Dekker and collective action in Piers Plowman; his master’s thesis on the polyphonic social organization of Coriolanus and T. S. Eliot’s Coriolan won Columbia’s Rachel Wetzsteon Prize.

Benjamin has a particular enthusiasm for the application of humanities research to other fields: what can our skills in archival research, intellectual organization, and qualitative analysis add to finance or business, so consumed by their own sorts of analyses?