When I decided to pursue a PhD in folklore at Indiana University, the first hurdle was telling my parents.  To their credit, they did not try to talk me out of it. They nodded as I told them about the program, and then my mother said, “So, when you’re done, you can sit in one of the rocking chairs at the store [my father owned a furniture store] and tell bubbemeises [grandmother tales, folktales]?”

We all laughed, and off I went to the Folklore Institute at Indiana University.  My first year was filled with theory and introduction to folklore studies and genres. One class got me thinking about the world beyond academia: American Folk Style, taught by Sandra Dolby. The class explored all notions of what being American was and how that influenced culture.  When it came to a final project, I teamed up with a classmate to write a video documentary on cornbread styles. I was always interested in food and culture and had been impressed by the many offerings of cornbread in and around Bloomington, all different from the dried, crumbly loaves of my New England upbringing. We interviewed two women about cornbread; my partner was an accomplished musician, and we set the documentary to a sound track of great folk songs. Our project was a hit on local television. I was proud of it and continued on course. In late spring of that first year, the state folklorist of Indiana, Betty Belanus, called me and offered me a summer job identifying folk artists in Putnam County, Indiana. I borrowed my brother’s car, met with the local librarian who had put in for the grant, and figured out how to find folks and document them as I drove the back roads of southern Indiana.

Little did I know then that this job set me on my path of self-training.

My assistantships in graduate school at first were research related: working in the American Studies Department, then the Oral History Research Center (now the Center for the Study of History and Memory). These jobs involved research and writing, transcribing audio tapes, and editing. One summer I was asked by the Bloomington Historical Society to conduct oral histories of people who were involved in the limestone industry. I ended up producing a video from those interviews. And so began a pattern of course work in folklore and American studies during the school year and public-sector work during the summers, where I learned how to take what I learned in the classroom and present culture to the public.

I was fortunate to work at the Smithsonian Center for Folklife and Cultural Heritage for two summers, thanks again to Betty, who by then had taken a full-time job there. I worked on the big folklife festivals the center produced every summer—highlighting a different state, country, and language group each year and gathering community scholars from all over the country. Not only did I learn how to present different kinds of folklife, but I learned the practical details of how to get the artists to Washington, DC, where to house them, and how to accommodate their food needs and plan meaningful field trips. These experiences were invaluable for bringing me into the oft dreaded but important aspect of any successful project: administrative tasks. I learned the basics of file setup and maintenance, accounting, and computer skills—all that stuff that is not learned in a ballad or folk-legend theory class but is necessary when working with the general public.

The summer after I became ABD, I was offered my own class to teach in the summer, an introduction to folklore class. I had never taught before but took the job and loved it. I ended up teaching part-time as well as keeping my job at the oral history center. When the class ended I was offered a job at Grinnell College in which I would split my time teaching in the American Studies Department and directing an oral history project documenting the Jews of Iowa. In this position, I got to satisfy my love of classroom teaching and teaching the public. I taught classes about American culture and theory and then offered a practicum in which my students got to learn about history firsthand by interviewing people, transcribing these interviews, and creating a public program. The experience was invaluable to the students and helpful to me in learning how to supervise and manage people and projects.

Three years later I finally finished my dissertation and, wishing for a job back east, I got offered one teaching American culture and English at a small university in Okayama, Japan. My skills in ethnography and working the festivals at the Smithsonian with all kinds of people helped so much during my three years in Japan. The teaching involved so much patience in learning how Japanese students learn and how to interact with my colleagues. I had no Japanese language skills and, sad to say, never learned to speak it very well during my time there, but I did learn the words I needed to feed myself, study, and purchase the beautiful textiles and pottery there. In fact, it was my love of pottery that took me to villages throughout the country and helped me learn about Japanese culture.

When I returned to the States, I took a consulting job for a Jewish museum in Mississippi, which led to a job with the New York State Council on the Arts, which led to my current job as director of cultural programs at the Museum at Eldridge Street.

As you can see, I’ve traveled far and wide with my degree. When I look back on how I got here, I think my PhD helped. I learned to go deep into a culture to understand how it affects speech, religion, music, and food. My experiences in public programming helped me translate these customs and traditions into something that the public could enjoy—from my first published pamphlet of Indiana folk artists and a slide show at the public library to the concerts and festivals I have developed at the Museum at Eldridge Street. 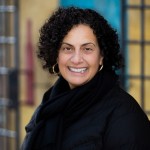 Hanna Griff-Sleven is currently the director of cultural programming and intern coordinator at the Museum at Eldridge Street.  She received her PhD in folklore and American studies from Indiana University. She served as a lecturer in the American studies department at Grinnell College and was the director of the oral history project “Toldot Iowa” (the oral history of the Jews of Iowa). Before working at Eldridge Street, Hanna was a program officer in the folk-arts program at the New York State Council on the Arts. She is a visiting instructor at the Eugene Lang College of The New School for Social Research and is an adjunct associate professor at the City College of New York and New York University School of Continuing Education.