At the MLA convention this year, in sessions sponsored by the Connected Academics program and organized by Georgetown University, Arizona State University, and the MLA Executive Council, I was struck by the presenters’ similar preoccupations. I heard recurring calls for a reappraisal of the narratives and nomenclature that we use in the profession to talk about career trajectories and metrics of success. Elsewhere, in personal conversations with academics in all phases of their careers, I heard the same concerns and the same appeals for change. Given current market conditions, as the corporatization of most institutions of higher learning continues unabatedly and as the day-to-day work of the humanities changes with the advent of new technologies and with the mandate to leverage that work to engage broader publics, humanities faculties simply have to transform their approaches to professionalization. More bluntly: the conventional story line of success in the academy—an ascent along the tenure track—must expand to accommodate the many other satisfying and challenging paths currently open to humanists.

Everyone was in agreement that the existing narrative is too narrow and woefully polarizing. Evidently we should not think of employment off or on a tenure line as the sole determinant of success, just as we can no longer permit the distinction of in or out of the academy to decide the legitimacy of our choice of career. Yet if it was easy to come together at the convention to advocate for a casting off of these tired binaries, it was much harder to unite around a vocabulary for describing the professional success that many have found in the expanded field. Quite a few of the people I spoke with shared their discomfort with the current terminology of alt-ac and post-ac. For some, these terms seemed to reinforce the existing sharp line drawn between normative academic work, a good professional outcome, and everything else, a bad professional outcome. A sense of hierarchy, or at least of alterity, felt unavoidable. For others, the terms smacked too strongly of abandonment, of the implicit assumption that a career beyond the tenure track necessitates that one leave the academy forever.

In the midst of these discussions, I formed a clearer idea of how I wished to talk about my own trajectory. I view the humanities ecosystem as broad and densely networked, relying as much on philanthropic foundations and local arts institutions as on major university systems, government agencies, and private enterprise to advance the work of the humanities at home and abroad. As I see it, no single type of institution can claim insider status when symbiosis and collaboration are such vital elements in the success of the humanities at large. Accordingly, I now avoid the exclusionary register of alt- and post- altogether. Instead, I tell people that I’m designing a career in “big-ac.”

I crib this notion from big data, the private industry term that roughly signifies any data set that is so large that it cannot be efficiently interpreted without the intervention of special software and powerful techniques of analysis. Big data is all around us, in the records of our online retail transactions, in our health-care systems, in our tracking information from UPS; big data resides in police departments, town halls, elementary schools, and, yes, even in our universities. The big idea of big data is that with precise instruments and methods of computation, one can pull patterns, trends, predictions, and stories from vast undifferentiated masses of raw information. It sounds pretty sexy, and it is exactly how I conceptualize the effect of humanities training on any industry or organization. As the knowledge economy is so expansive, many industries engage in humanistic work without knowing it as such. This engagement provides humanists with a robust value proposition. The skills we learn in our doctoral programs are translatable, and they are also fundamentally skills of translation; through our work, we already function as storytellers, trend spotters, pattern recognizers, and predictors of the future.

Our training as teachers, writers, scholars, and thinkers could be brought to virtually any industry to help find and develop the best stories, identify the most pressing questions, isolate the signal amid the noise. While we do not all have the technical expertise to wrangle data directly, we do have the intellectual tools needed to tackle massive problems.

In doing this work, we use our training exactly as it was meant to be used—to increase knowledge and connect human beings to one another. I don’t find anything alt-, post-, or unacademic about that use, regardless of the setting. As I see it, then, the shift the humanities need to make in their narratives and nomenclature is as simple, and audacious, as accepting that academic training yields valuable academic approaches to all manner of concerns. It’s not that we need the academy to pursue humanistic inquiry from within the twenty-first-century workforce; it’s rather that we have the power to bring a part of the academy with us in whatever job we take.

That’s why for me every job opportunity is a chance to work in “big-ac,” using my academic training anywhere, and everywhere, I can. 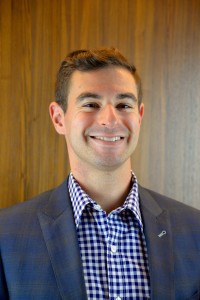 Manoah Finston is a seventh-year doctoral candidate in French literature at New York University. His thesis examines Honoré de Balzac’s novel approach to chronicling the complexities of object-human relationships across the texts of La Comédie humaine. The thesis posits that in response to Balzac’s innovations authors working in and around the movement of realism became sufficiently interested in quotidian objects that their narratives began to grant ever greater ground and authority to the place of “things” in modern experience, opening a literary discourse that continues into the twenty-first century.

Manoah has taught literature, philosophy, and French language at NYU since 2010. Last year, he celebrated the publication of the landmark Dictionary of Untranslatables (Princeton UP, 2014), a volume in which he is credited as executive editorial assistant. Manoah is also a guru tutor with Cambridge Coaching, working with high school, college, and graduate students in a variety of disciplines.