I went to graduate school in the humanities because I like thinking about things that the wider world often deems odd and esoteric—medieval relics, Renaissance poetry, convents—but also, I suspect, because of the pleasures of telos. As I learned early on in graduate school, telos derives from the Greek word for “end” or “goal,” and teleology is “[t]he doctrine or study of ends or final causes” (Oxford English Dictionary; 2nd ed., vol. 17, Clarendon Press, 1989). It’s a way of thinking about the purposes of things, of understanding actions and events as serving a larger end.

When I applied to graduate school, I was attracted not only by the time and space it offered for serious study but also by its clear-cut trajectory, its built-in narrative of personal and professional development. After you pass through a series of stages—coursework, oral examinations, dissertation, defense—even more linear progress is promised: you’re an assistant professor, then an associate, then a full professor. A clear objective is always in sight, and there is a definite pleasure in this, a feeling of safety and security.

I doubt I’m alone in finding the decidedly linear structure of the traditional academic career appealing. After all, as literary scholars we think a lot about narrative—how it works, the effects it generates in its readers—and what does an academic career promise us, if not a life with a smooth narrative arc? Tenure provides the obvious end point, the goal toward which all of us (even in graduate school) are expected to strive. In this way, traditional academic careers depend on a kind of teleological thinking—one in which the end is always known in advance.

It’s ironic, I think, that humanities graduate students are often warned to avoid teleological thinking in their scholarship—and yet, when it comes to careers, the academy remains deeply invested in this mode of thought. The only worthwhile jobs, graduate students are often told, are academic ones that end in tenure. But, as we all know, the job prospects for humanities PhDs are dire. As other proseminar participants have noted, we’re far more likely to become adjunct than tenure-track professors.

Academia is not the only field whose job market is undergoing deep shifts. During a recent talk at Rutgers, the alt-ac expert Maggie Debelius reminded her audience that the mid-twentieth-century model of a career—in which employees remain at the same company for decades—is increasingly a thing of the past (Debelius, Maggie. “So What Are You Going to Do With That?” English Dept., Rutgers U, 4 Nov. 2016). It’s now common for people to switch fields more than once over the course of a working life. Debelius also noted that there is now less stigma attached to staying at a job for only a year or two before moving on. In the light of these shifts, it seems all the more important to think about one’s career trajectory not as a steady, linear path but as something that will likely involve several leaps in unexpected directions. When it comes to imagining our future careers, in short, it is increasingly necessary to abandon teleological forms of thinking.

In a recent session at the New York Public Library, proseminar participants learned that librarians without a master’s degree in library science are known as “feral librarians.” I love this term, and—given feral’s connotations of wildness, of refusing staid domesticity—I think that we should borrow it for our own purposes. Perhaps, as we consider careers outside the academy, we should embrace feral forms of thinking, forms that prioritize not safety, regularity, and linear progression but a wily and opportunistic openness to the future.

When I try to imagine what a feral humanist might look like, I think of someone like the celebrated independent historian Pamela O. Long. Unable to obtain employment in the academy after earning a PhD, Long took a part-time job at the Library of Congress—work that left her free to pursue her own research. In an essay on her Web site, Long describes the oddly liberating experience of failing to gain a tenure-track position: “I decided that since I was a complete failure at being a historian (no one would have disputed this), I was free to do whatever kind of history I wanted to do in the way I wanted to do it, no matter what anyone thought about it” (“On Being an Independent Historian”; History of Science Society, vol. 37, no. 1, Jan. 2008, www.pamelaolong.com/essay/). Long has since published many influential works on the history of science and technology, collecting many prizes along the way—including, in 2014, a MacArthur “genius” grant.

If we humanists did reject the teleological in favor of something more unexpected, we wouldn’t be the first. Humanism emerged during the early modern period as a cultural and pedagogical movement that promised to train young men in classical languages and literature—an expertise that would ostensibly enable them to become counselors to monarchs. But by the 1580s and 1590s (in England, at least), there were far more classically trained young men then there were positions in government. What became of these highly educated individuals, once the jobs they’d been trained for failed to materialize? Some of them turned to a risky new field of employment—the theater—to make a living. From this point of view, English Renaissance playwrights such as Marlowe and Shakespeare may be the first feral humanists. And although their humanism is not our humanism, we might have something to gain from considering their example—something to learn from their willingness to abandon old models of thinking in favor of the new. 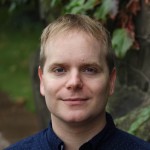 Brian Pietras is a doctoral candidate in English at Rutgers University. His dissertation, “Evander’s Mother: Gender, Antiquity, and Authorship in Early Modern England,” traces how the Renaissance rediscovery of ancient women writers and their fragmentary bodies of work led to the formation of new theories and practices of English vernacular authorship. An article drawn from this project has appeared in Renaissance Drama; another is forthcoming in Spenser Studies. While at Rutgers, Pietras has received the Dean’s Research Award, the Bridget Gellert Lyons Prize, and an award from the Society for the Study of Early Modern Women.