On the Wednesday night before this year’s MLA Annual Convention in Philadelphia, I realized that my husband was laughing at me. I was preparing for the next day: adding my schedule into the convention app, packing my bag, minding my business. When I asked him what was so funny, he gestured to the pile of materials on the couch.

“I’m sorry, are you excited to go to a conference?”

To his credit, the night before I leave for a conference usually looks a little different. Conferences tend to make me so anxious that at the beginning of my alt-ac job search any mention of a professional conference in an informational interview gave me pause. I am an introvert and struggle with auditory learning, which makes the traditional session model of papers followed by questions and discussion difficult. I feel comfortable asking questions in most settings, but when I worry that I may have missed an important aspect of a talk I am less likely to add my ideas.

This year was different—and not just because the convention was in my own city. In fact, the MLA convention was also in Philadelphia the first year of my graduate study. I am defending this spring, so the Philadelphia MLA conventions bookended my graduate career. Though in the same place, my two Philadelphia experiences could not have been more different. While I can attribute some of that to the fact that I am more advanced in my academic career, the difference is in large part due to a shift in my approach.

Here are four changes I made this year.

I entered with a clearer idea of what the profession—and convention—could offer me. My first year, I had the vague idea that I would be a professor but that it would be hard to get a job. So hard, in fact, that I ignored all of the professionalization aspects of the conference. This year, I entered with the knowledge that I am forgoing the traditional job market in favor of other opportunities—and, more important, that there are other opportunities. I used the convention as a place to find out more about the specific careers that interest me and to learn about others I might not have considered.

I attended an entirely different set of sessions. I participated this year as a proud representative of the Connected Academics proseminar, which meant taking part in a handful of sessions focused on the wide range of careers available to humanities PhDs. In my time off, I was choosy. I selected a few sessions I knew would complement those I was already attending or help me answer questions about my career search.

As a new graduate student, I had attempted to squeeze in every panel that included someone I knew or that related to my research areas (how else would I become an expert in my field?). This approach resulted in conference burnout and, more important, neglected a set of convention offerings aimed at the broader profession. I was a new teacher at my first MLA convention, but it did not occur to me to attend any sessions on pedagogy.

I network differently. This one is in the present tense because it is ongoing. The proseminar has made me comfortable with networking. I now understand that networking is just as much research and follow-up (two things I am comfortable with) as it is in-the-moment action (something I am slightly less comfortable with). I put this knowledge to work at the convention by researching the careers of the session participants, coming with specific questions about those careers, and attending sessions where I could see the same people more than once.

I experimented with Twitter. Twitter is not for everyone. I began using Twitter in earnest when I started the proseminar but before then had only used it sporadically. I found it invaluable at the convention for three reasons. First, it was a great networking tool. Presenters retweeted me when I quoted them and that helped me approach people in person. Second, following session hashtags helped me catch things I missed in the sessions I was in. Twitter helped provide the text that helps me process information. And third, hashtags also helped me follow sessions I could not attend in person. They are no substitute for being there in person, but they helped me get an idea of the conversations going on around me.

As a result of these changes, my experience of the convention this year was energizing, exciting, and inspiring in ways I could not have imagined the first year. I recommend that all graduate students, regardless of their ultimate career goals, take full advantage of the many offerings of next year’s convention. 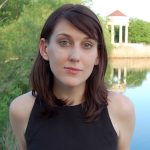 Sara Curnow Wilson is a doctoral candidate in English literature at Temple University, where she also writes and photographs for the College of Liberal Arts marketing department. She specializes in twentieth-century British literature and the history and theory of the novel and plans to defend her dissertation in the spring of 2017. Her dissertation explores the influence of literary naturalism on 1930s British modernism, arguing that writers like Samuel Beckett, Jean Rhys, George Orwell, and Virginia Woolf adapt naturalist conventions during the decade in order to create a literature that is more socially and politically relevant than 1920s British modernism. Sara believes that it is important for all graduate students to be aware of the opportunities inside and outside academia. She grew up in the mountains, lives in South Philadelphia with her husband and her cat, and is happiest near the water.