Rachel Wimpee has a PhD in French and French studies from New York University. A former American Council for Learned Societies Public Fellow, she is now a historian in the Research and Education division of the Rockefeller Archive Center. 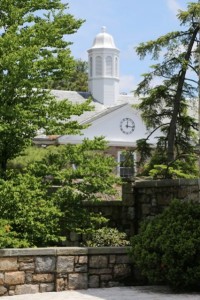 Many humanists [. . .] talk about the ‘plight’ of the humanities, though both the humanistic professors and their critics by now generally agree that everybody is tired of this complaint.

Five years ago, I defended my doctoral dissertation in French and French studies; my project was an interdisciplinary examination of religion, gender, and cultural representation in the late nineteenth century. Having completed my PhD, I began a postdoctoral teaching position in New York University’s humanities core curriculum. In retrospect, that experience was an important pivot in my career. As my fellow postdocs and I organized seminars and workshops for instructors in the program, the discussion often drifted from teaching Plato to the value of the contemporary humanistic endeavor. The college freshmen we taught would, for the most part, go on to spend their careers outside the academy. Where would the humanities be in their future? How would humanistic methods contribute to their civic engagement, productivity, creative development?

These questions continue to emerge as I work with a constituency entirely new to me: philanthropic organizations and the scholars who study them at the Rockefeller Archive Center (RAC). The RAC is an archive and research center housing the records of several major nineteenth- and twentieth-century philanthropic, cultural, scientific, and research organizations. Over four hundred students, journalists, filmmakers, philanthropic staff members, and scholars visit the RAC each year to conduct research in these collections.

Since joining the RAC in 2013 as a program officer, I have played many roles—some quite familiar to an academic and others entirely new. For instance, I organized a meeting of a new generation of philanthropy scholars and presented a paper at the conference of the International Society for Third Sector Research. I’ve also developed activities for visiting student groups, participated in the grants-evaluation process, and helped organize a major cross-departmental digital bibliography project. The bulk of my work now consists of archival research for Ford Foundation staff and board members. I write historical narratives for immediate application, as staff members prepare for a redirection in grant making, for instance. In many ways, the tasks are familiar, but the pace and audiences are much more varied than those in my previous academic life.

I am here because of the American Council of Learned Societies’ Public Fellows Program. Funded by the Andrew W. Mellon Foundation, the program aims to demonstrate the wide-ranging public value of humanistic scholarship by placing recipients of humanities PhDs into two-year staff positions in the nonprofit and governmental sectors. It is only one of many funder responses to the problems facing the humanities, but a fellowship means a great deal to the fellow. For example, thanks to professional development funds I took a course on nonprofit financial management, which has allowed me to “speak finance” with foundation officers and board members. When my two-year position was set to expire, my colleagues and I were able to secure new funds to keep me in a more focused role of researcher and project manager working with the Ford Foundation, whose archives we preserve and make available to the public.

Spending my days at the RAC means that I’ve discovered (not for the first time) that philanthropic organizations have been thinking about the role of the humanities in public life since at least the 1920s. Of course, the rationale for and approaches to humanities funding have varied widely in the century since, beginning with concerns about a well-rounded university curriculum and emerging again and again, amid postwar euphoria, Cold War dichotomies, decolonization, and globalization. To encourage further research into this deeper historical question, we’ve formed an RAC working group in the humanities.

Which brings me to another important aspect of my job: my colleagues. I work daily with my organization’s leadership, archivists, and fellow PhDs, as well as Ford Foundation staff members. The collegiality and intellectual rigor make my work a gratifying pursuit I might not have expected in a nine-to-five position. Our projects require collaboration and coordination, not competition.

While my field of research has changed in this new role, my interest and work in the humanities remain. My bookshelf continues to grow, as does the number of digital humanities and historians I follow on Twitter. I also constantly rely on the humanistic methods I developed in my doctoral studies and in my teaching. A critical eye and the capacity to construct a narrative are skills applicable to many fields. To foster those skills, we must continue to promote rigorous humanistic study in the academy and also encourage a variety of career choices drawing on that training. We still have a lot of work to do, but humanists have been reframing and adapting for a century already. With the right funding mechanisms and new conceptual frameworks, we can adapt once again. 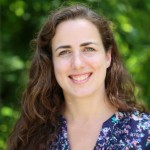 Rachel Wimpee is a historian in the Research and Education division of the Rockefeller Archive Center. E-mail her at rwimpee@rockarch.org, or follow her on Twitter @craftyrachel.

0 replies on “Alt-Ac in the Archives”